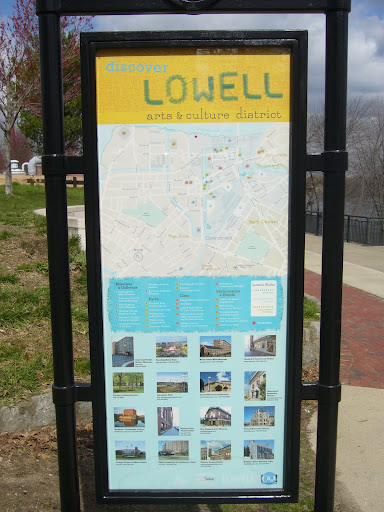 Lowell National Historic Park | How might games enhance our experience of the build environment? (Photo by author, all rights reserved)

Gaming is creeping out of the dens, basements, and LED-lit offices of the past few years and into the streets themselves. For years now, App developers have been pushing for a trend toward gaming in our cities, using the physical environment as a setting for a physically real MMORPG.

[And no, I’m not talking about casinos, although  that’s all over the news today in Massachusetts (see here and here, oh and here). Of course, that has its own set of problems and challenges.]

What I’m referring to is augmented reality technology, specifically AR used in developing interactive, locally-based games. For a little while now, a couple of developers have been on my radar for their use of AR in the physical environment, and their games and platforms suggest that some changes might be imminent in how we think about our built environment.

(Read the rest after the jump…)

The examples I’ve looked at:

These are just a few of the many apps out there that use GPS and layers of augmented reality to alter our interaction with the physical environment. As a planner, what I find intriguing about these developments is not the technology (which I understand must be pretty advanced, especially when we talk about manipulating or animating live images of the environment), but the implications they reveal about our interaction with our environment. Human beings, by nature, love games. Psychology researchers are increasingly pointing to game mechanisms as useful ways to motivate oneself and to prepare the brain for complex reasoning. Likewise, theorists on the future of the workplace point to gaming and reward-mechanisms as a way to generate greater productivity for an organization. So, once the technology for AR was developed and smartphones made it relatively widespread for use by the average consumer, it was only natural that games would takeover.

But, consider for a moment the way you interact with your city. Isn’t it always a game to some extent? When you decide to go downtown for some “window shopping,” isn’t it exhilarating when you discover a new cafe or store or favorite spot? Haven’t you ever wandered aimlessly through the windy streets of Boston or Manhattan or Paris or Tokyo or Sao Paolo, wondering 1) what were the cows or whoever laid out these streets thinking?, and 2) am I going in circles?, only to feel rewarded when that random street you picked (and your spotty sense of direction) actually gets you to your destination?

I love these parts of city life. I love getting “lost” in my city, trying a different path back from work, school, the library, or wherever. Part of experiencing the city after all, and part of why we all love to live in cities when we’re young, is that cities offer a sense of discovery that is not at all available in the bland and monotonous suburbs that were dumped on the US and much of the Western world in the era when efficiency always out ruled humanity. This might be a bit of a romantic notion, but I think that these apps and these advances in technology have a lot of potential to return us to that wide-eyed discovery, to enhance our knowledge of the local environment, yes, but also to unlock the potential to learn. Human beings hunger for new experiences, we thrive off of randomness and uncertainty turning into revelations, and we love to solve puzzles. So games are a natural extension of who we are, and I would argue that these apps are only in their earliest stages, with a long way to go until we view our built environments for what they truly are.

Now, Beaudrillard and Eco and some of their compatriots might object to an open embrace of augmented reality–isn’t it just another form of cutesy escapism packaged as information technology? But I object to that notion. Human beings are not entirely rational, and we do not always favor the most authentic, most perfect or most attractive spaces. Games, augmented reality, and the like can help us to discover things that we might not have seen otherwise, to interact with spaces in new ways, and to learn about the history and importance of a site. For tourism and historic preservation especially, this can have critical implications. Maybe soon, places like national parks (like the one in Lowell, MA, in the photo that opens this article), historic trails, museums, and educational tour groups will be using elements of gaming to engage visitors and locals alike in learning about our cities.